Wokingham Borough Council has approved a strategy aimed at tackling the growing problem with fly-tipping.

Fly-tipping has been on the increase in recent years, but has seen an additional increase in the last couple of weeks due to the closure of the rubbish and recycling centres. All waste and recycling kerbside services are running normally and the decision to close the tips is being assessed on a daily basis.

Fly-tipping is the illegal dumping of waste or rubbish on public or private land, and is a significant blight on our local environment; a hazard to wildlife; and a nuisance.

Within Wokingham Borough there were 1298 incidents of fly-tipping during 2019/20 and 1171 in 2018/19. This is an average of approximately 100 fly-tips per month. These figures exclude much of the waste dumped on private land, which landowners are liable to dispose of at considerable cost.

The most common type of fly-tipped waste found in Wokingham Borough is household waste (black bags), followed by construction waste.

This strategy will help ensure the borough’s residents, businesses and landowners understand their responsibility for their waste and shows how the council will work with all partners to keep the borough clean and deliver a pro-active approach to tackle waste crime.

Specifically, the strategy includes information about how the council will deliver against the following specific aspects of activity:
• Prevention
• Communication
• Reporting Incidents
• Responding to Incidents
• Enforcement
• Working with Partners

The strategy includes a comprehensive action plan for how the council and its partners will work to reduce the impact of fly-tipping across the borough. A selection of key actions for 2020 are:
• Install additional signage in higher risk areas across the borough
• Deploy CCTV in hotspot areas
• Work closely with town and parish councils to identify and tackle local fly-tipping hotspots
• Promote campaigns made up of interested parties working in partnership to prevent and tackle fly-tipping
• Publicise existing council waste collection service, including bulky waste collection
• Keep up-to-date information on responsibilities for residents, businesses and landowners in one place on the council website
• Clear fly-tipped waste on public land within five working days of reporting
• Attach a large orange sticker on each fly-tip after it has been inspected to confirm to residents that it is due to be cleared
• Regularly inspect businesses’ waste disposal arrangements
• Issue fixed penalty notices for fly-tipping and to businesses without the correct waste disposal arrangements
• Publicise fixed penalty notices and convictions
• Provide landowners with advice on how to deal with clearance and disposal of fly-tipped waste
• Establish a network to share intelligence on fly-tipping incidents, best practice and resources on prevention and enforcement between partner organisations
• Provide feedback to residents on the result of investigations and any subsequent prosecutions

“Fly-tipping has been on the increase and we have made tackling fly-tipping a high priority over the last year,” said Cllr Parry Batth, executive member for environment and leisure. “Not only is fly-tipping illegal but is an eyesore, a blight on our beautiful towns and countryside, but it also adds to the risk of flooding by blocking ditches and gulleys. We just should not have to tolerate this illegal behaviour and we are doing everything we can to try and stop it.”

“So let this be a warning to those contemplating this illegal fly-tipping practise. We are watching and monitoring you. We have installed CCTV cameras and our staff are out there watching anyone fly-tipping illegally. Those caught will be punished through on the spot fines and may even face jail for persistent abuse of our beautiful countryside through the ugly practise of illegal fly-tipping”.
– ENDS – 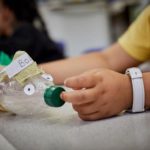 Previous:
An action pack to help with home learning

Next:
Important update about the Bracknell Urgent Care Centre