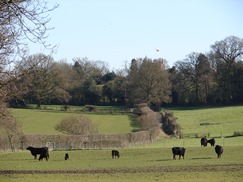 Wokingham Borough Council is asking its residents to provide their views on the draft Local Plan Update, which will set where and how development can take place in the years ahead.

The council believes the draft plan would provide the best protection possible for the countryside and the environment while providing homes that are genuinely affordable, sustainable and supported by massive investment in facilities and infrastructure.

Central to this plan is a new garden town proposed at Grazeley on the western edge of the borough. This would be built to the highest environmental standards in line with the council’s declaration of a climate emergency. The garden town would come with facilities such as secondary and primary schools, a health hub, sports centres and pitches, shops, community centres, parks, play areas, shops and allotments. Subject to a successful £252million bid to the government, these could come early in the development.

“A new garden town could provide the homes and communities that people are crying out for in the 21st Century,” said executive member for planning and enforcement Cllr Wayne Smith.

“They would be sustainably-built houses in neighbourhoods planned with the countryside and protection of our environment in mind. It would also allow us to provide homes people can afford, including social housing and shared ownership as well as affordable family and starter homes.”

The consultation, launched this week, will run until 20 March and all the background information and the survey are available on the council’s website (visit www.wokingham.gov.uk and search ‘Local Plan Update’).

The council is also sending a leaflet to residents across the borough that explains the draft plan and sets out how people can take part in the consultation.

“Its crucial people take part in this consultation,” said Cllr Smith. “We often hear from people about the negatives but it’s just as important to hear from people who like aspects of the plan, such as the protection it would provide for our green belt and for the vast majority of the borough. There are many people for whom this plan would be a great relief because it would, if we can get it approved, remove the threat of mass development they have been under for a long time.”