Home UncategorizedUpdate on the potential switch to waterproof recycling sacks

Update on the potential switch to waterproof recycling sacks

Plans for waterproof recycling sacks for Wokingham borough will be reviewed next week. The council’s overview and scrutiny committee will assess the plans to replace the black boxes currently used as part of weekly waste collections with the sealable, weighted sacks to address the council’s wet paper and card problem.
Changes in the world market for recycled material have meant that wet paper and card is no longer being accepted by recycling plants – which is hitting the borough’s recycling rates and causing significant environmental and financial cost. The switch to reusable sacks will help the council maximise its recycling rate, with an aim for a 70 per cent recycling rate as part of a drive to make Wokingham a carbon neutral borough by 2030.
Last month, the council’s executive agreed to fund the purchase of the waterproof recycling sacks. There would be no other changes for residents, with weekly collections alongside blue bag and food waste recycling continuing.

The benefits to residents include:
 Recovering the six per cent of the borough’s recycling rate lost due to wet waste
 Increasing recycling capacity of the containers, allowing a further 800 tonnes of recycling to be collected
 Avoiding a cost of £403,000 per year, relative to keeping the current system

“Continuing to drive up the borough’s recycling rate is crucial and the switch to waterproof recycling sacks, which will have minimal impact on residents, will help to do that,” said Cllr Parry Batth, executive member for environment and leisure. “They’ve been tested by our teams and our partners and we feel these will help us solve our wet waste problem, as well as providing extra capacity so residents can recycle even more.
“The waterproof material and sealable top mean residents won’t have to worry about their recycling efforts going to waste, with 5,000 tonnes of what was wet waste unable to be recycled now able to be recycled.   This amounts to a cost avoidance of £400,000 annually for residents – on top of the environmental benefits.”

The waterproof sacks, which were assessed as a solution alongside other options while allowing weekly collections to continue, were found to be the most practical and effective option for keeping paper and card dry, while minimising cost and providing best-value for residents. Lidded bins or ‘shower caps’ for the tops of the bins were considered but an independent review found these were less effective and less likely to have a positive impact on recycling rates.

Cllr Batth added: “Sacks will be easy to use, sealed by Velcro, with each household being given two sacks
but more available if required by collecting from community hubs. The seal will keep animals out of the
sacks, while the weight in the bottom will stop them blowing around in the wind.”
In the longer term the council will consider other options to keep increasing the borough’s recycling
rate, including wheelie bins which are not a viable option in the short/medium term, and an end to end
review of our waste collection will begin shortly. The plans are being considered by the council’s overview and scrutiny committee next Wednesday (26 August). You can view the meeting on YouTube via the council’s website. 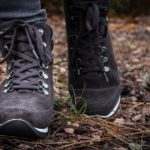 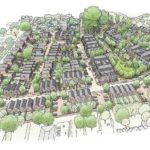 Next:
Next big step for Gorse Ride’s regeneration