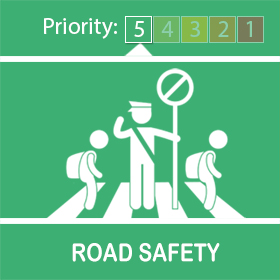 Motorists on a busy road in Wokingham town were taught a surprise lesson in overtaking cyclists safely under a joint initiative between Wokingham Borough Council and Thames Valley Police.

Those spotted passing too closely, which can put riders’ lives in danger, were pulled over and advised to leave more room in future or risk being fined and getting penalty points on their licence.

A police officer rode a bicycle along Finchampstead Road, just south of the town centre, while wearing plain clothes and equipped with body cameras facing in both directions.

If a motorist overtook without leaving a gap of at least 1.5m, while travelling at up to 30mph, he would radio a colleague riding a motorbike who would pull them safely off the road to offer advice.

Members of the borough council’s My Journey Wokingham active travel team also offered road safety education while running a stall giving goodies like bike lights and high-viz gear to young cyclists as they passed on the school run.

As part of the annual event, held in the car park of the Two Poplars pub with kind permission of its management, a display was set up to illustrate what a 1.5m gap looks like in a real driving situation.

The operation coincided with recent changes to the Highway Code, which includes new rules to protect cyclists and pedestrians.

These also include guidance for cyclists to ride at least 0.75m from the kerb and for drivers to leave 2m, about a car’s width, if overtaking them at speeds above 30mph as opposed to 1.5m for slower speeds. Larger vehicles should leave a 2m gap regardless.

Andy Glencross, assistant director for highways and transport at Wokingham Borough Council, said: “We’re very thankful to the police for taking part in this operation, which proved a valuable way of gently reminding motorists to overtake cyclists in a safer and more considerate manner.

“The Highway Code guidance, which made this yearly operation even more important, is still relatively new so the softer approach was the most sensible one. However, drivers should be aware that the consequences could be more serious in future – both for them and anyone injured by unsafe overtaking.

“I’d also like to thank the Two Poplars for hosting it, as well as the motorists who were stopped – they were genuinely thankful for the advice and willing to drive more thoughtfully in future.”

Sergeant Dave Hazlett, of Thames Valley Police and Hampshire Constabulary’s joint operations roads policing unit, said: “We appreciate that this is a busy commuter area but the safety of cyclists is of paramount importance so we encourage drivers to leave a safe passing space at all times.

“It’s also a two-way process and we would urge cyclists to ensure they’re observing the rules by, for example, stopping at red lights or roundabouts as they would expect a motor vehicle to.

“This operation has been well received by the public, who’ve been very receptive to guidance from our officers and the My Journey Wokingham team, and will play its part in ensuring our roads are safe – both in Wokingham and further afield.”

Six motorists were stopped on the morning and the police also checked that their driving licences and motor insurance were valid. Three more were stopped for mobile phone offences while driving and one cyclist was stopped for going through a red light.

Under the Highway Code, motorists should only overtake when it is safe to do so. There are also special rules for passing other vulnerable road users like horses and pedestrians. For more information, visit https://www.gov.uk/guidance/the-highway-code. 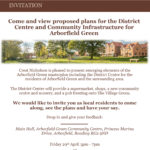 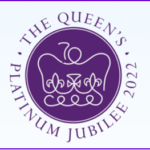 Next:
Finchampstead celebrations for the Platinum Jubilee