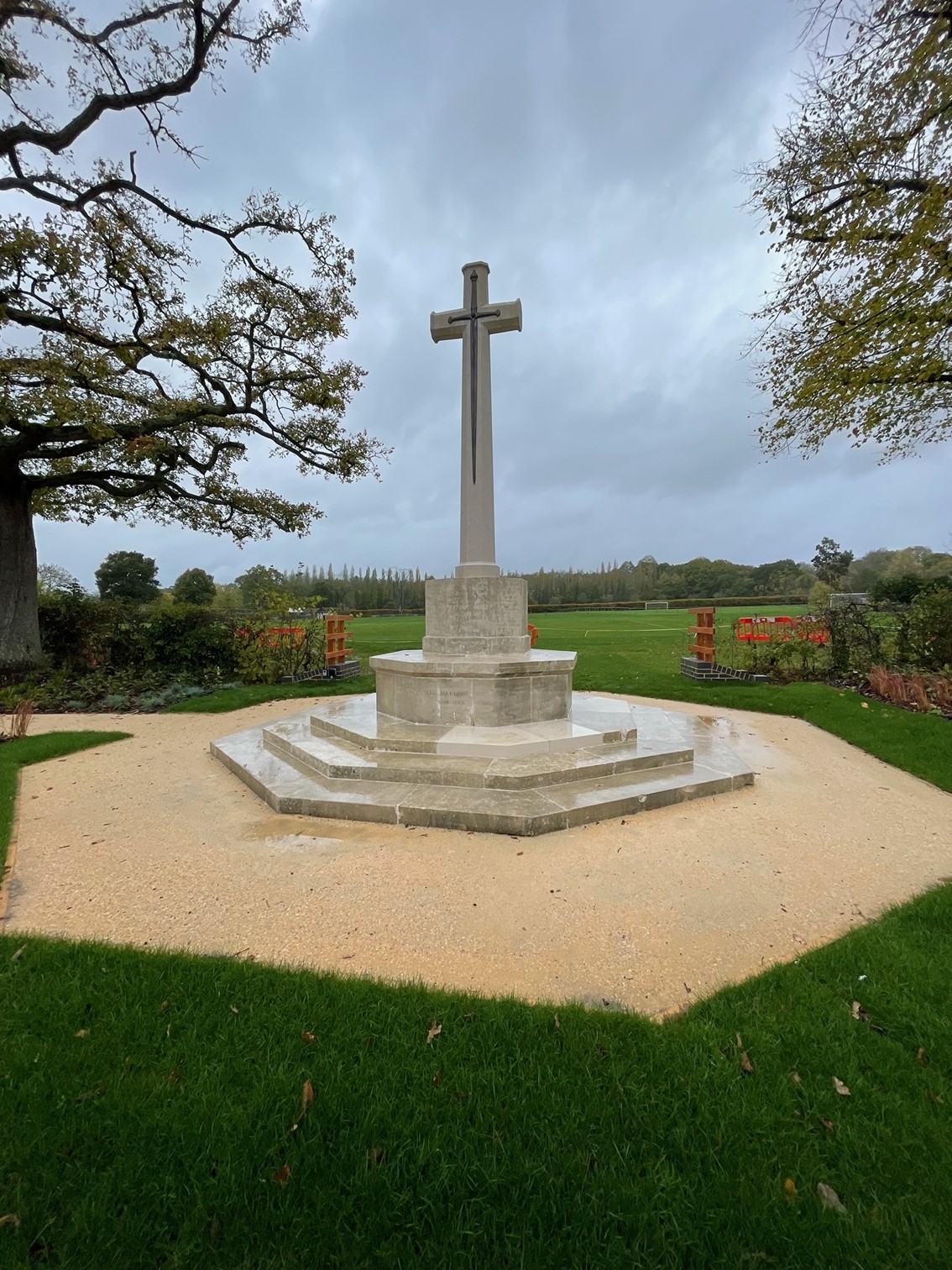 The Finchampstead War Memorial is a portland stone cross of sacrifice with a bronze sword attached to the front. Monies for the Memorial were raised by public subscription and the Memorial was unveiled on 31 October 1920. In 2016 the War Memorial was designated as a Grade II Listed Building by English Heritage.

The Memorial was located at the junction of the B3016 Jubilee Road and B3348 Rectory Hill, Finchampstead.  It has now been moved to a site adjacent to the Finchampstead Memorial Park, and was rededicated as part of the Remembrance Service on 13 November 2022. 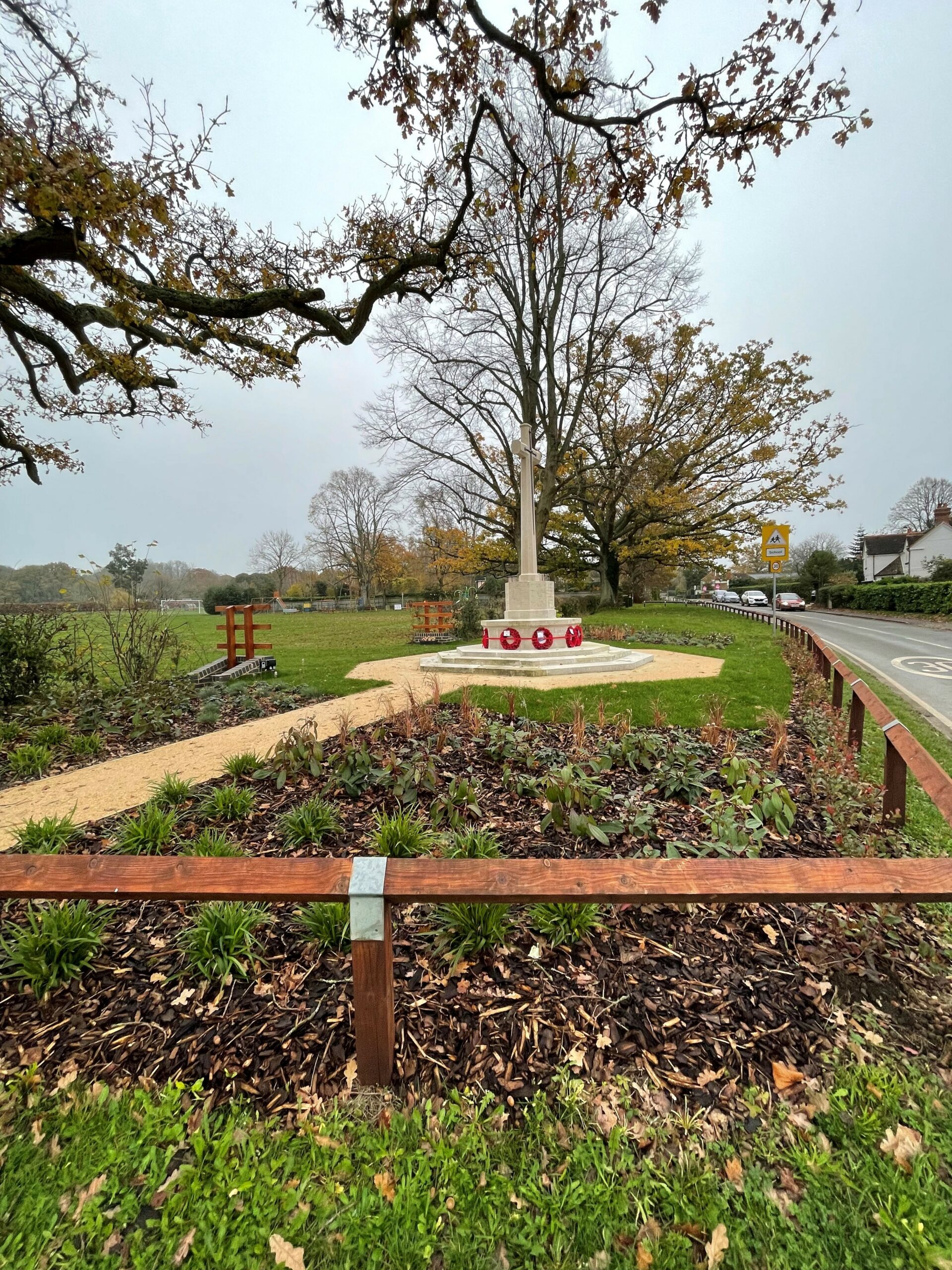 The inscription on the Memorial reads:

‘To the memory of Finchampstead men who in the Great War died for justice, liberty and right’
I am the resurrection and the life
He that loseth his life for my sake shall find it
All Hallowe’en MCMXX

The Memorial now commemorates the residents of Finchampstead who were killed or missing in World War I (22 names) and World War II (12 names). There is also one name from the war in Afghanistan.