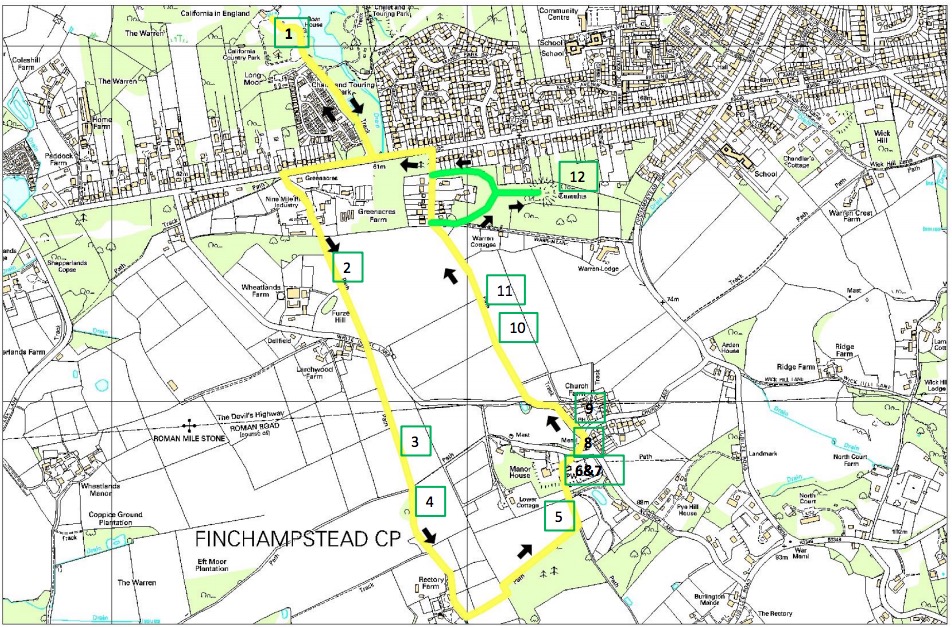 Details of the features of interest at the numbered points can be found here and images can be seen below.