A new year brings a new route for Leopard Bus 3, which will be taking advantage of the new section of the Nine Mile Ride Extension which opened last month.

From Monday 2 January, the route, which previously went along Biggs Lane and Park Lane, will now use the Nine Mile Ride Extension, Sheerlands Avenue and Princess Marina Drive.

The new route will provide a better route for pupils travelling to and from Bohunt School.

You can see a map of the revised route and new timetable at My Journey Wokingham.

Travel for less with Reading Buses

Reading Buses have announced that they are capping single bus fares at a maximum of £2 from January through till March 31.

The cap is part of a national government promotion and will be valid on all single journeys across the network (apart from school travel and football buses).The scheme, which is being rolled out nationally, aims to encourage more people to take the bus and help to reduce emissions and congestion by taking an estimated two million cars off the roads.

For more information, including how to pay, route planners, live updates and even how to become a bus driver, visit Reading Buses website. 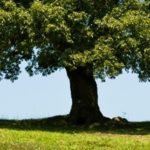