Home Traffic & ParkingSlow Down and Save Lives

Slow Down and Save Lives

?? We’re supporting the NPCC’s ‘Slow Down, Save Lives’ campaign ??

Thames Valley Police is supporting the National Police Chiefs’ Council’s ‘Slow Down, Save Lives’ campaign that runs until 7 June. The campaign aims to promote greater awareness around the dangers of speeding.

“Speeding kills, and driving within the speed limits makes our roads safer. Please slow down and save lives.”

Speeding has been identified as one of the ‘fatal four’ factors that results in fatal or serious injury collisions.

Officers will be out and about, engaging and reassuring communities across the Thames Valley about the importance of driving within the speed limits.
PC Liz Johnson, of the Thames Valley Police and Hampshire Constabulary Joint Operations Roads Policing Unit, said: “Research from across Europe suggests speeding is the most significant factor that contributes to road deaths and serious injury.
“Excessive or inappropriate speed has an appalling impact when you’re involved in a collision. The forces experienced by the human body in a collision increase dramatically as the speed increases. If you collide with a pedestrian at 30mph they have an 80% chance of survival, however if you collide at 40mph then the pedestrian has only a 10% chance of survival.
“Our focus on those who endanger lives on our roads is relentless through both enforcement and education with a National Speed Awareness course as an alternative to prosecution. This approach is aimed at improving knowledge and attitudes to influence better behaviour on the roads.
“It needs to be noted that the speed limit is a limit, not a target. There will be times when you have to drive much slower to stay in control. Drivers can become complacent about roads they are familiar with, causing them to be less alert to the road, and drive at a faster speed
“Please do not speed. It’s not worth the risk, and you will massively reduce the chances of being involved in a collision when an unexpected incident happens.”
#StandingUpForSlowingDown
#ItsNotWorthTheRisk 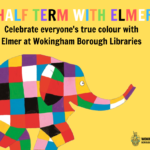 Next:
Half Term with Elmer